Working, Replied, Unresponsive, and Bad Contact Info are known as Stages in Outplay.

All these stages help you understand the progress of the prospect.

Replied: A 'Replied' can be an email reply, positive outcome (phone call), SMS reply or a meeting booked. When a prospect replies, the 'Working' stage of a prospect will be automatically both Status and Stage will be marked as the 'Replied' and the prospect will not move to other steps of a sequence as per the default settings.

Bad Contact Info: When a prospect's email is bounced within the sequence, then the prospects will be marked as 'Bad Contact Info'. The bounce could be a soft bounce or a hard bounce. 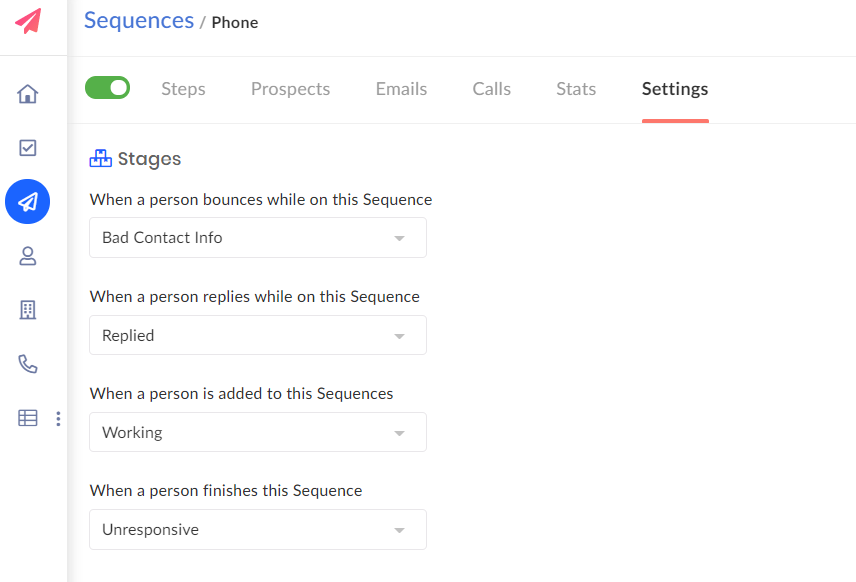 NOTE: All the stages are customizable. You can also add custom stages as per your requirement.